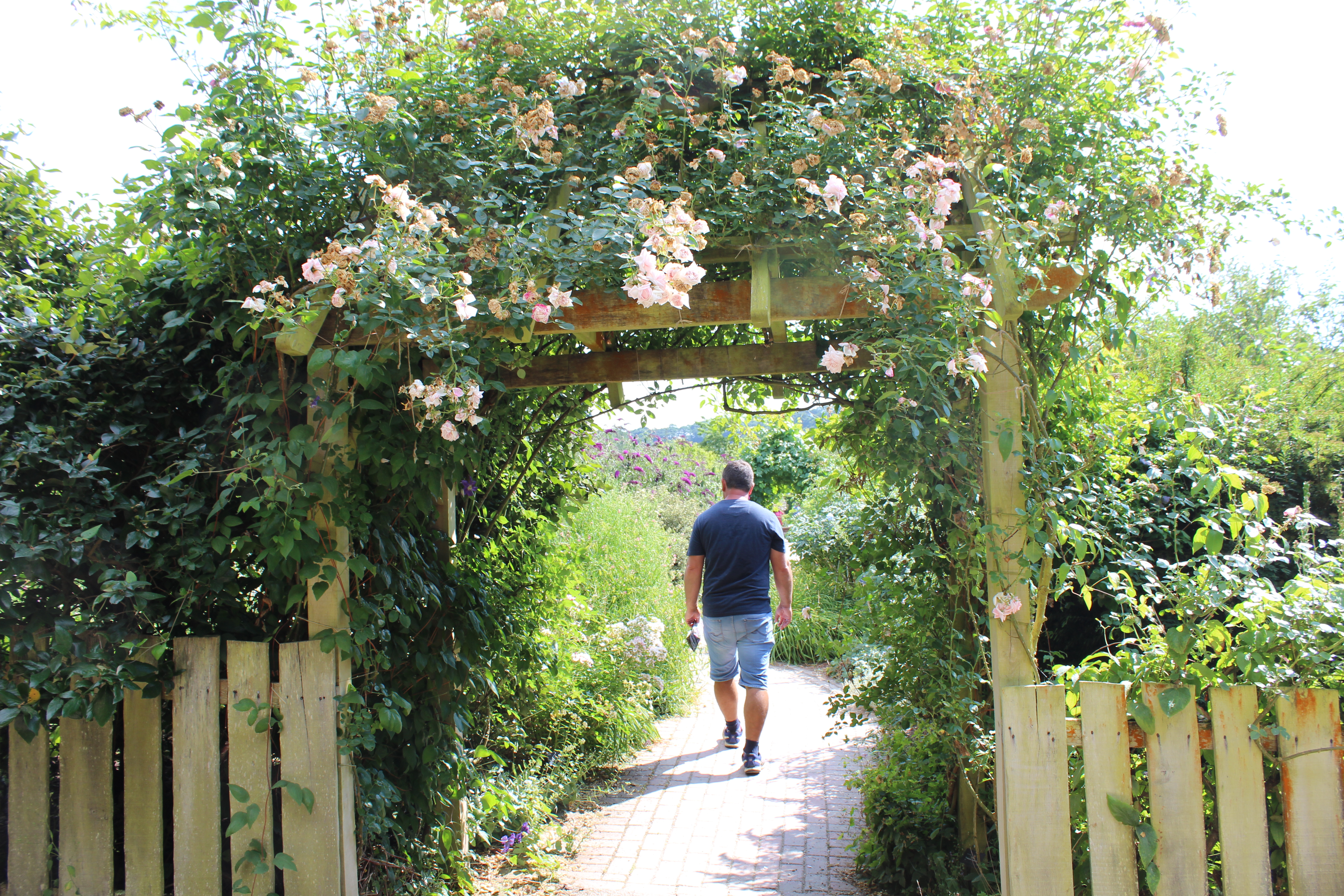 I’m a big fan of the Royal Horticultural Society, it does so much great work and is so proactive in engaging with people who are new to gardening.  I’ve been a member of the Society for quite a few years now and the benefits are multitudinous.

With the membership you get the magazine for free (worth the membership fee on its own) but you can also ask their gardening experts for assistance with all things plant related. The RHS has some choice gardens that you can visit and one of these is RHS Rosemoor in Devon.  I would describe RHS Rosemoor as a garden park rather than a garden as it is very large.

I didn’t have any expectations from RHS Rosemoor, we’d had a manic few days, it was boiling hot and we had spent the morning walking coastal paths.  We had decided that it was too hot to walk any more coastal paths and to be honest we were both feeling tired. Thomas suggested a trip to Rosemoor.  So, we made the hour-long trip from our holiday cottage near Bude to RHS Rosemoor.  I was really not feeling in the mood for another 3 hours walking around a garden in the heat and all I really wanted to be was sit in the shade with nothing but a nicely chilled bottle of Sauvignon Blanc for company.  I think that sometimes life is like that, the parties that you really don’t want to go to turn out to be the best.  This turned out to be the case with RHS Rosemoor, what a fantastic place.

Now, for starters, RHS Rosemoor is a garden on a very large-scale and it is crammed full of interesting garden rooms, amazing vista’s and fantastic ideas.

The Queen Mother’s rose garden has been in existence for 16 years and was looking stunning, as you may be aware I am a new convert to the joy of growing roses so I was particularly interested in this garden.  There wasn’t a huge variety of roses on display but they have created a wonderous display by planting enmasse.  I think that the rose garden looks beautiful especially bearing in mind the hot summer and lack of rainfall, I have to water our garden for 6 hours a day so I appreciate the mammoth task that they have at RHS Rosemoor.

I think what makes RHS Rosemoor so great is that it has something to suit everybody’s taste and because of the scale of the garden you never feel that a gardening style has been crammed into a corner jus for the sake of it.  There are some classically designed garden styles on display in the garden like the long avenues planted with Yew hedging with a statue or tree in the distance making the garden feel like it goes on forever.

As you would expect from an organisation that advocates growing your own fruit and vegetables the orchards and vegetable gardens were fantastic and much tidier and weed free than mine.

Although there were lots of cars and coaches in the car park RHS Rosemoor never felt crowded, partly due to the large size of the garden and this was really nice.  I am a firm believer in being able to mooch around a garden in solitude, undisturbed by masses of noisy visitors (I’m getting older and I’m entitled to be grumpy).  At no point during our visit did I feel anything but calm serenity and that makes RHS Rosemoor the perfect place to revitalise your spirit or be inspired to try new things in your garden at home.

One of the many things that inspired us on the day were the creative use of materials for creating steps, pergola’s, benches and walls.

A great day out for all of the family, there is even a play area for children. The Cafe is nice and secluded and they don’t make a bad cup of tea!